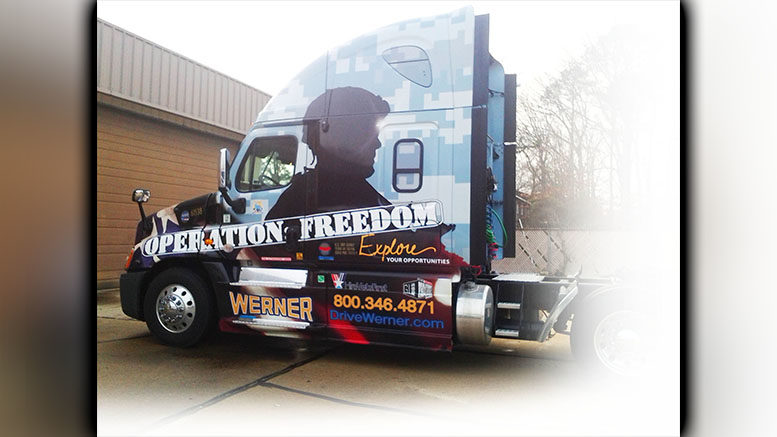 Jim Tower, the East Central Regional Manager, started with Werner straight out of truck driving school.  As a driver back in 1994 for Werner, he worked his way up the ranks. He visits with ATI’s commercial driving students once a month.

“I have never had one complaint from upper management,” Jim said, “about any graduates from ATI.”  He went on to say, “Graduates that we hire are well prepared to go to the next step as professional drivers for Werner. They are well equipped to handle their career with us.”

Several months ago, Tammy Potter, ATI’s Commercial Driving Admissions Advisor had an open house event.  One of Werner’s drivers, Don Hager came with a Werner truck to put on display for ATI’s visitors, and brought along his riding companion, Shotgun, to entertain the guests.

Shotgun, of course, stole the show!