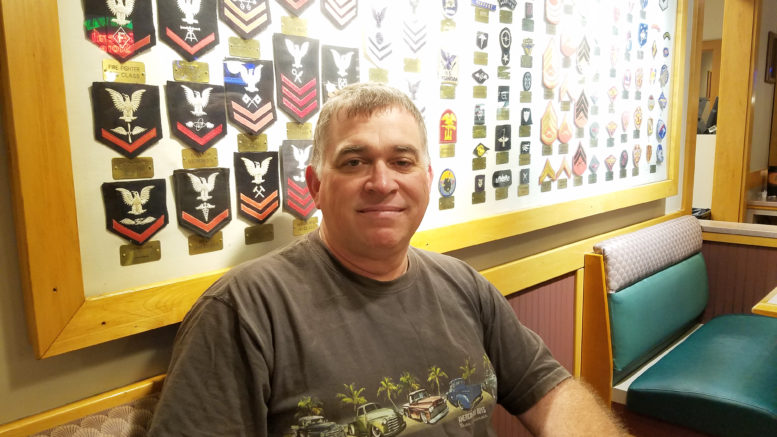 You know what Jon Cardinal thinks is the best thing about commercial truck driving?  In his words, you don’t have to deal with co-workers, interoffice politics and gossip!

Jon graduated from the ATI Commercial Driving program in January 2016 and has been out on his own with a company issued truck. He is a regional driver for Werner and has been with them since graduating from ATI.

Jon served 20 years in the military, then worked with contractors doing installs on submarines. He was laid off, so he decided to use his Navy benefits and get his Class A CDL License. “I have always liked driving. I love being independent,” Jon said with a chuckle.

When asked what he enjoyed the most at ATI, Jon said, “My experience was fantastic, I learned a lot from Mike and Duke because they shared stories about their experiences as truck drivers. Sometimes they would show internet clips of accidents and explained how important it is to slow down in bad weather. That experience they shared, you can’t find in the books!”

Keeping it in the family, Jon’s son graduated from ATI with his Class A CDL.

From Dump Trucks To Tractor-Trailers

Doing What He Does Best