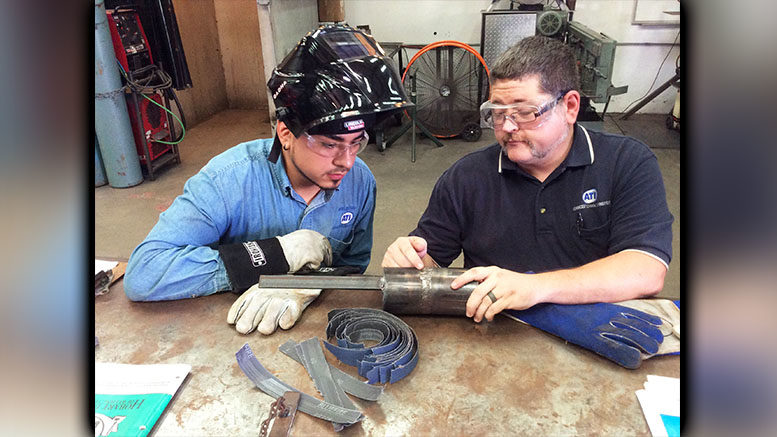 James Cooper was first introduced to welding on a farm in Oklahoma in 1994; his interest grew when he enlisted in the Navy as a Hull Maintenance Technician. After 14 years of shipboard and marine repair work, he served four years as an aluminum TIG repair welder for Oceaneering International on the Landing Craft Air Cushion at JEB, Little Creek. Les and one of his students, Cody Paland

Referred to as “Les”, James Lescallette started his welding career at Newport News Shipbuilding, by attending the Apprentice School in the early 80’s.  After a few years in the Newport News shipyard, he continued working for the government by way of the Navy yard in Portsmouth, as a production welder.  He eventually earned a coveted spot on one of the traveling repair “Tiger Teams”.  Les has been a welding supervisor at a number of local shipyards.

The most recent career move for Les, was from Colonna’s Shipyard in Norfolk to ATI.

Les brings to ATI 30 years of welding, fabrication, quality assurance and inspection experience, and a passion to teach and pass on his many years of knowledge.